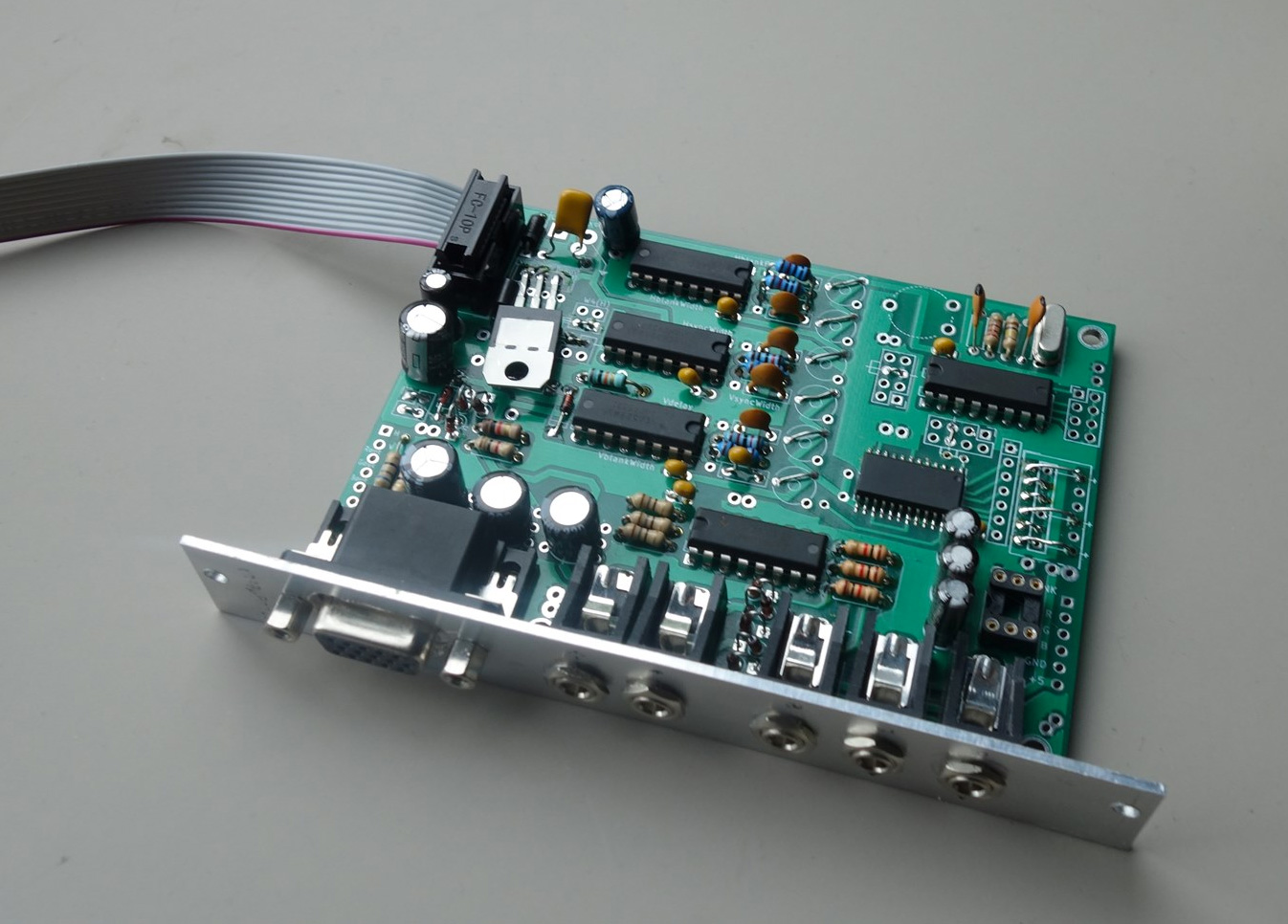 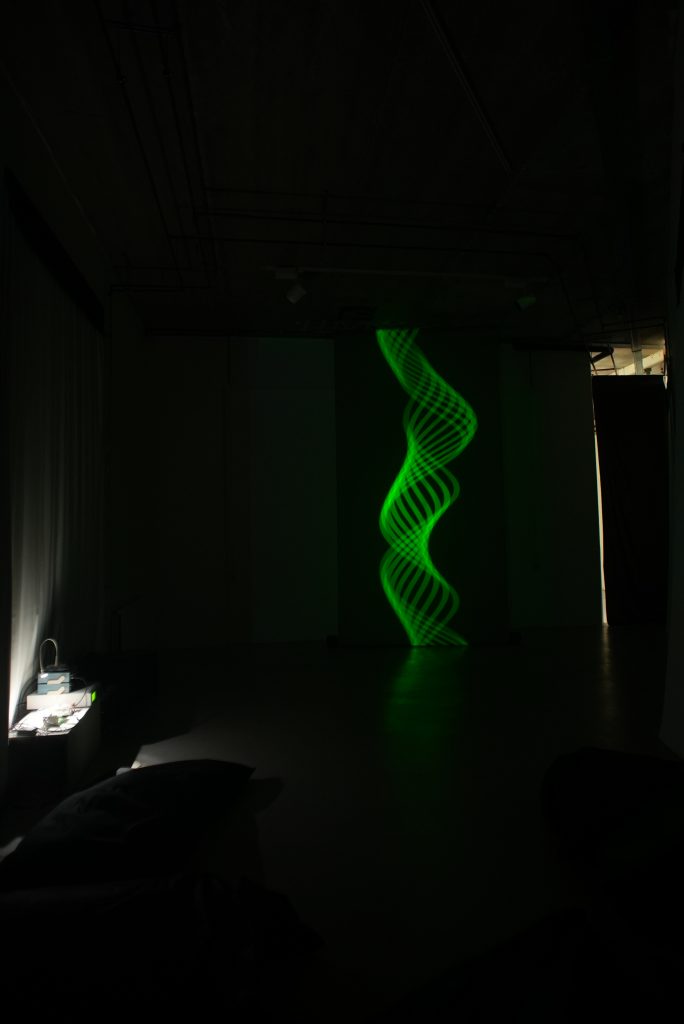 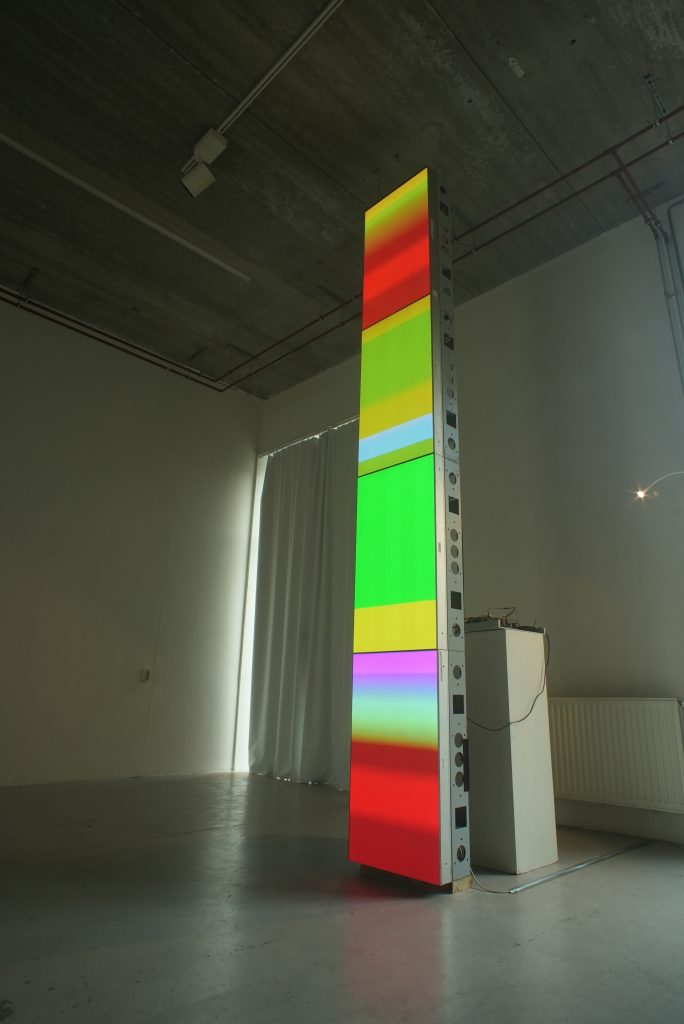 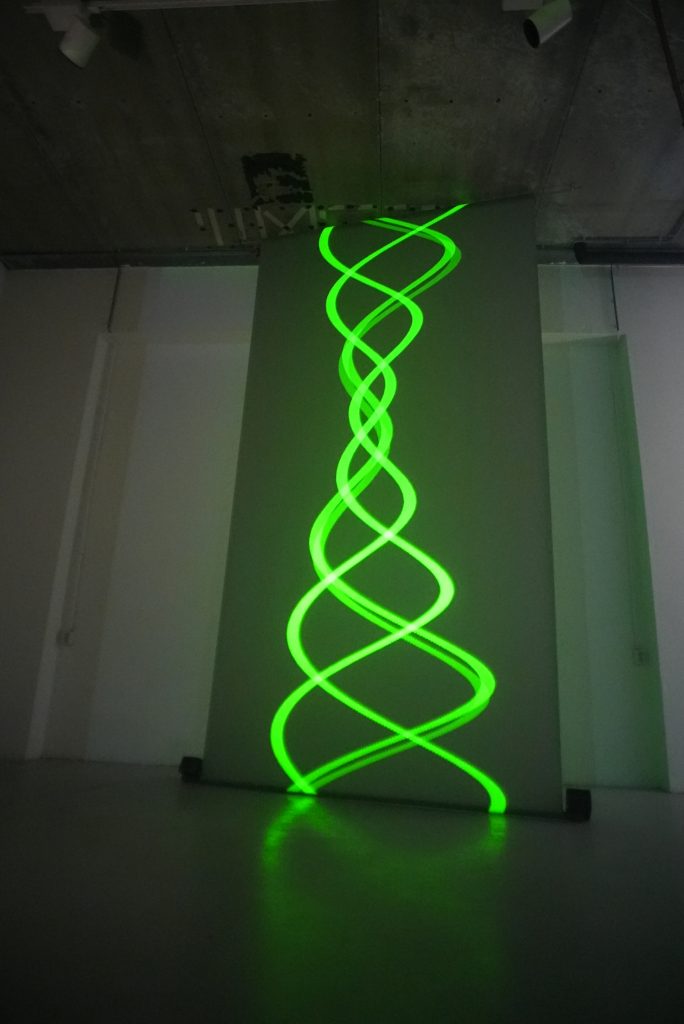 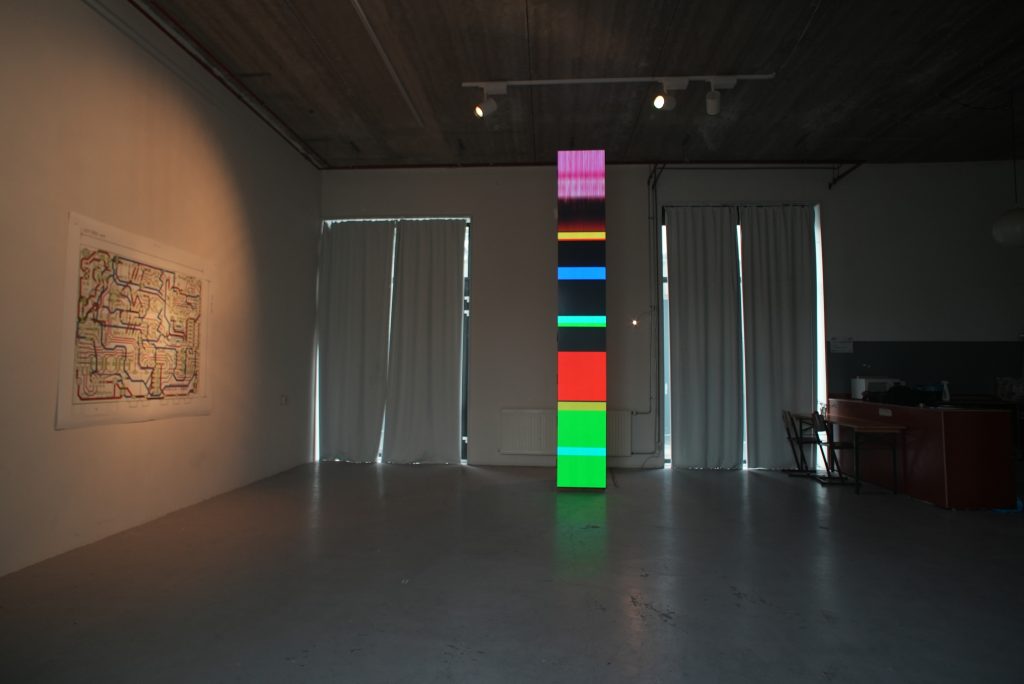 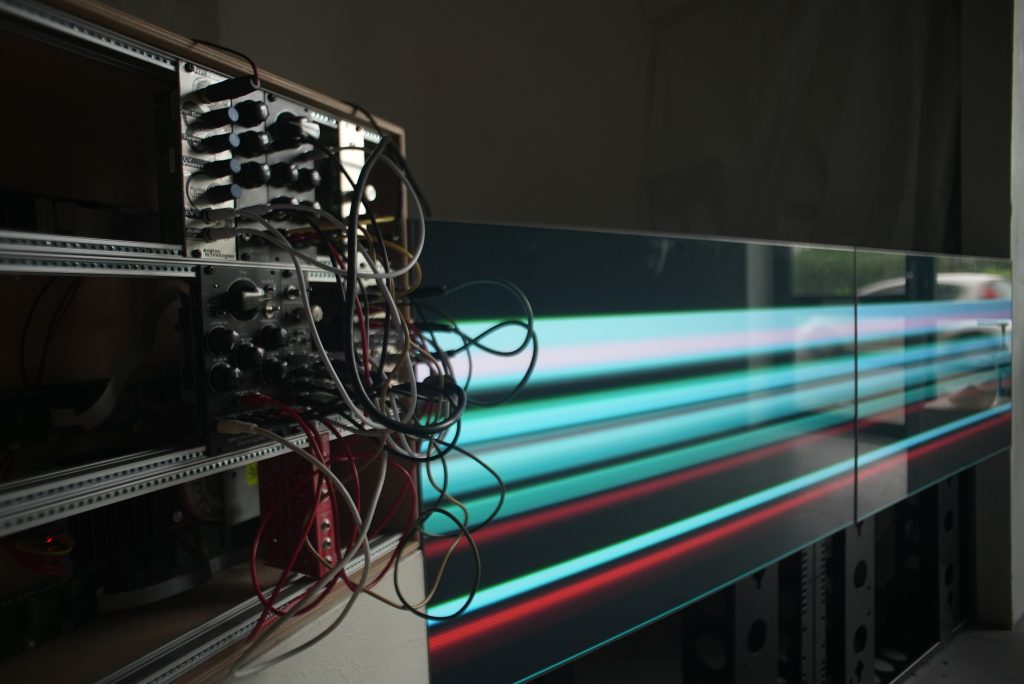 this has been rather ready for quite some time now. engineering department requested time for various revisions related to general stability; happy to say they’re pleased with the latest figures and the gang down at art and language can pick up where they left off. Big thanks to the people at TARO for moral support. AV evidence coming soon. 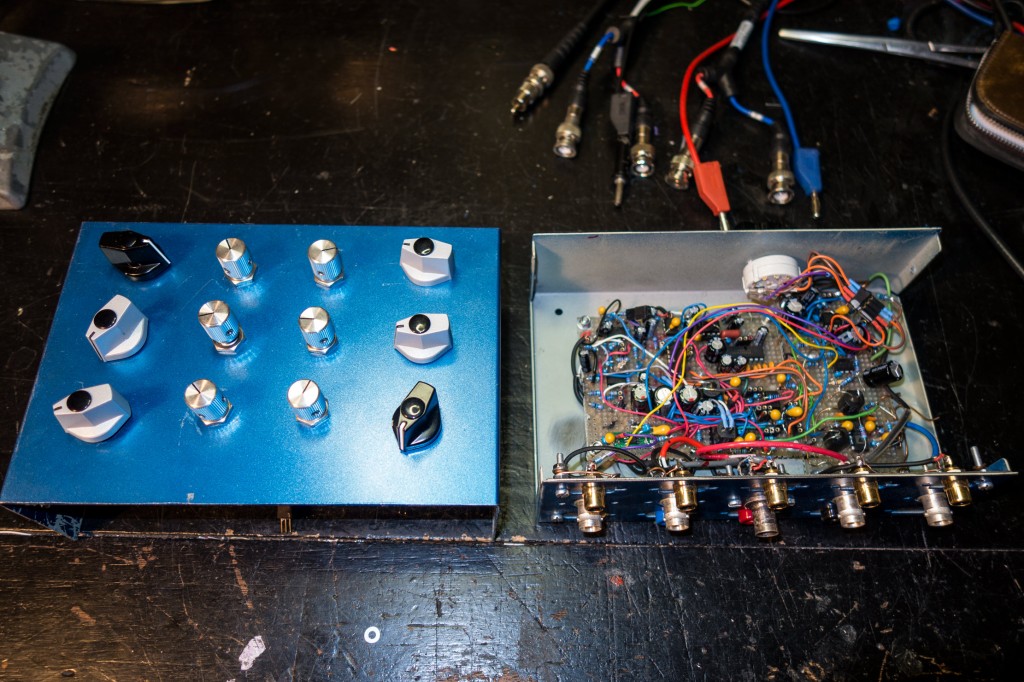 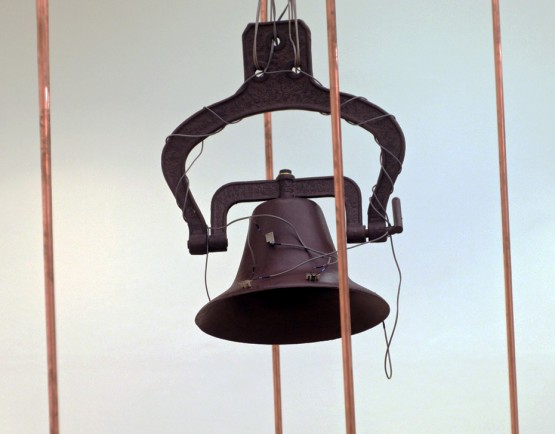 no signal – out of sync – blue-screen-of-death, etc. etc.

A number of approaches to video experimentation can tend to corrupt the signal’s synchronization information. Although a lot of older CRT television monitors don’t seem to mind so much, and will even produce some rather nice glitches, newer monitors and video projectors can be particularly picky. Recording directly to tape or other video capture devices is most often out of the question without a good stable sync.

One common workaround is the use of a TBC (time base corrector) or video mixer (preferably with an integrated TBC). This usually works, but as a solution it can be either not-so-portable, expensive, an aesthetic compromise, all of the above, or some combination there of. In my case, the video mixer i have is quite low-rez and I loose all the nice analogue gradients I’ve been into producing lately.

Anyway, since it’s a common problem, a simple – cheap – and easy solution would be in order. As a first attempt, this CVBS Demangler would like to fit the bill. (okay, full disclosure, i’ve been trying a number of approaches, but this has been the first to come close enough to the mark to bother mentioning at this point) 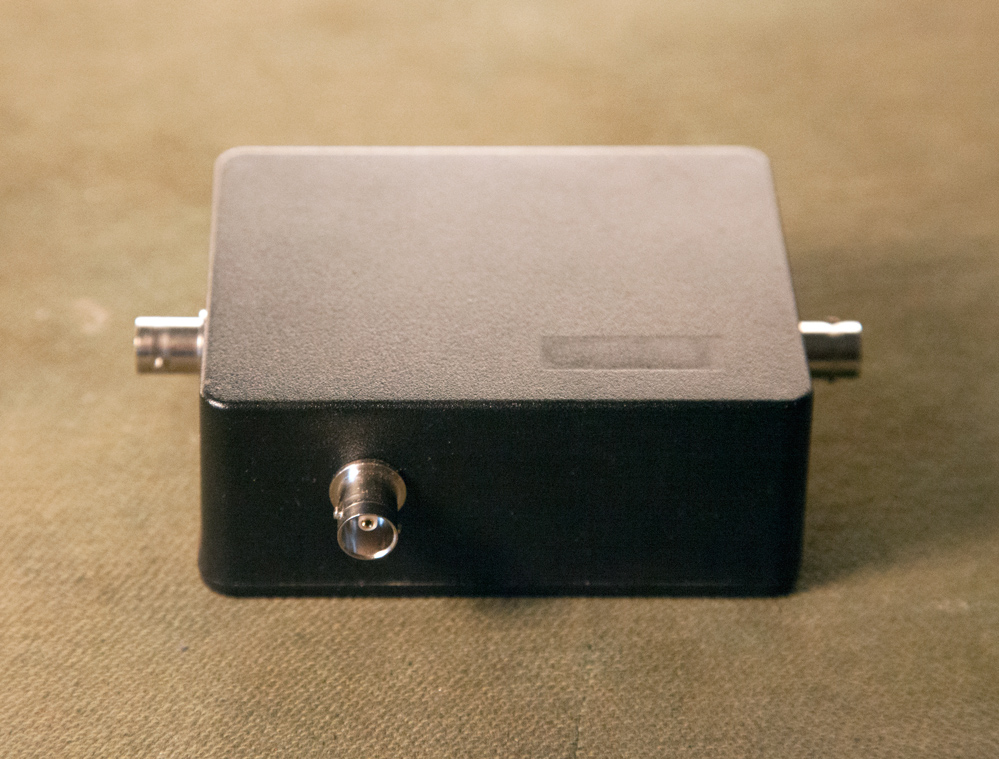 So I’ve built one of these things now, and so far so good. I’ve been using it as kind of an output module for video experimentation for a while now, and i’ve performed a few tests with good results.

-you run a clean video source into the Demangler’s “sync/genlock” input,

-and run your corrupted video into the main video input,

-the composite sync from the “sync/genlock” video input is added to (or really subtracted to) the other, main video input, 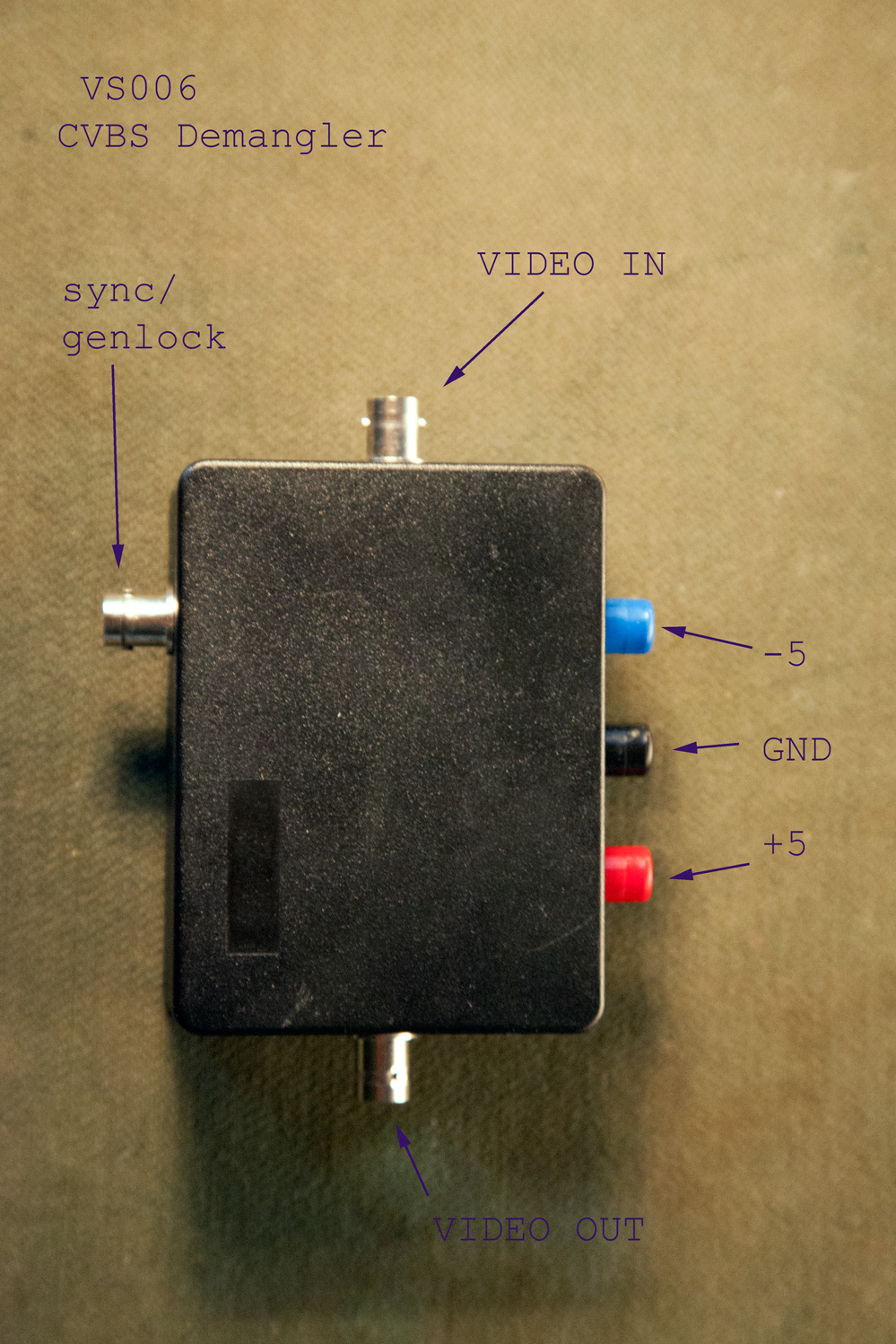 The circuit uses a sync-separator (the ubiquious LM1881), and a voltage-limiting-opamp (OPA698). The opamp buffers the video input and drives the video output – it also clips the video signal down to an acceptable voltage and removes any unwanted excursions of signal into the video output’s sync area.

See, the sync/genlock input is lowpass filtered with the little 33uH inductor, 33ohm resistor, and 1 nanoFarad capacitor – and then fed into the LM1881’s video input at pin2. Note the 75ohm terminating resistor and 0.1 microFarad decoupling capacitor also. The LM1881’s composite-sync output (@pin1) is used to control the ‘high’ voltage limit of the OPA698. So in this case, when the LM1881 sends a sync pulse, the OPA698 output is held low for the duration of the pulse. A germanium diode helps keep the voltages in check, and the 470pF cap also helps in the smoothing out of some spikes.

When no sync is present, the 1881’s composite-sync output is floats at 2 volts. This makes the OPA698 clip off anything over 2 volts from its video output signal. The 402ohm resistors set the opamp’s gain at 2, so after driving a normal 75ohm load, you should end up with something more or less where it needs to be.

The setup will work with NTSC and PAL.

What it doesn’t do:

There’s no DC restoration on this thing. 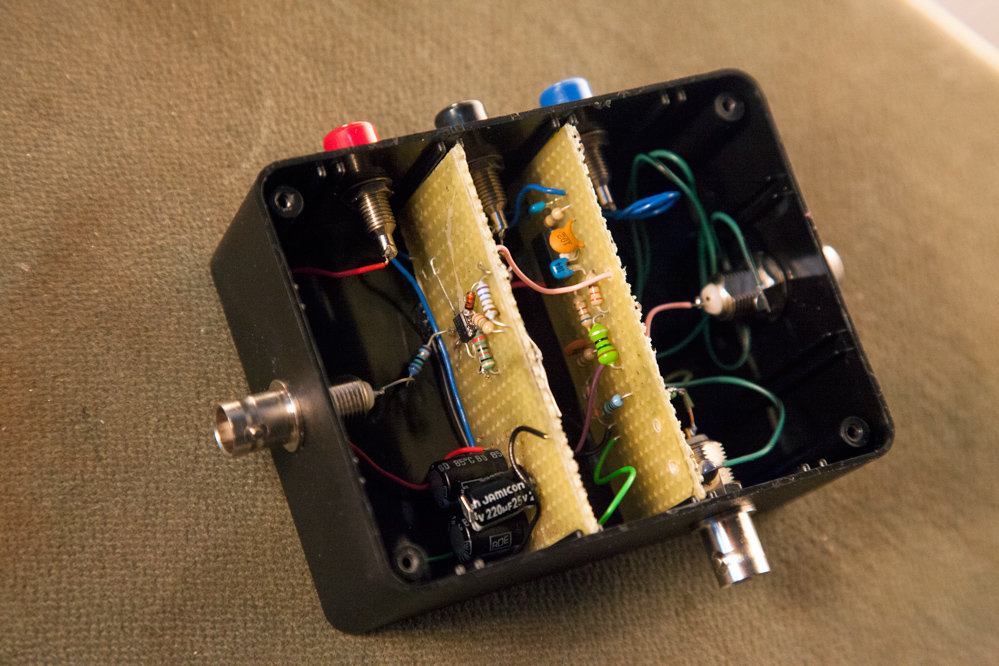 Note the OPA698, it only comes in surface mount packages, so it’s glued onto the perf-board with some wires soldered onto the pins.

Component layout, wire length, wire thickness and all that can become really important in highspeed applications, but no problems have been experience with this thing.

The 3 big (220uF) power supply decoupling capacitors in there are wired like this:

(if that makes any sense)

Here’s the rest of the schematic: 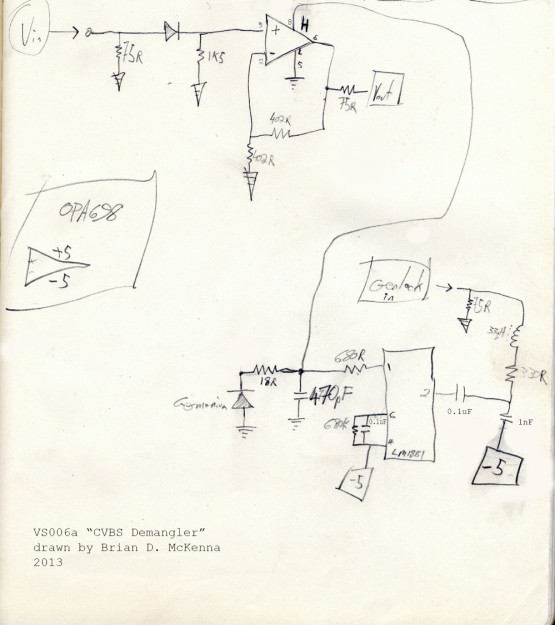 The way in which I use this thing, is to split the video source I want to manipulate with a (BNC) T-connector, sending one line to my video experiment, and one line to the Demangler sync input. Such an approach will probably fail with really freaky video feedback experiments. Best would be to use 2 independent outputs from the video source if available. For future versions I’d like to include an extra video buffer. This would be to insure that the sync input from the video source remains unmolested in a wider variety of patching schemes and wacky experiments.

Okay, so if anyone happens to get one of these working, or if anyone has any questions, give me shout.

i made it for this project by performance artist Janez Janša from Slovenia. 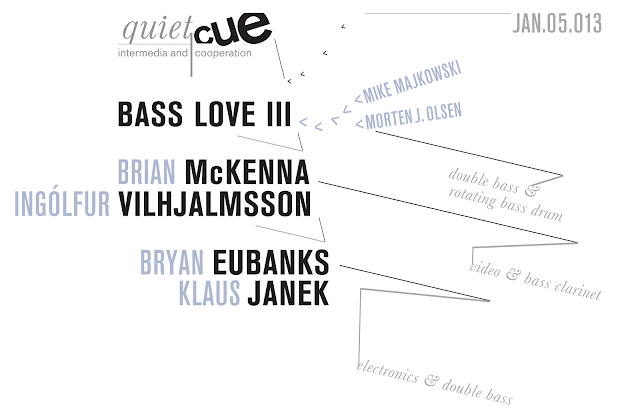 for a group exhibition called under the weather
i made a site specific electro-accoustic kinetic sound installation in collaboration with Mike Ottink at NDSM, Amsterdam. 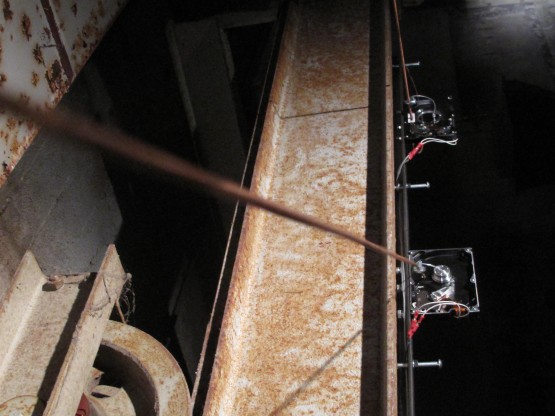 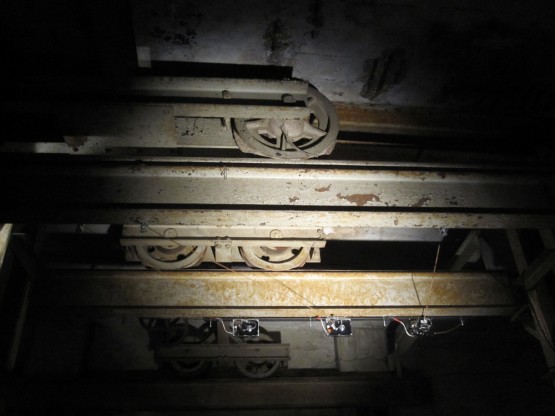